Thank you for your patience while we retrieve your images.

58 photos
The third annual Sundance Institute Theatre Alumni Writing Studio at Flying Point took place on Columbus Day Weekend at the beautiful estate of George and Joan Hornig in Watermill.
Better known for its annual Film Festival founded by Robert Redford, the Sundance Institute also sponsors a theater program that encompasses labs and workshops across the country, and as far as Africa and the Middle East. Considered by some to be the stepchild of the Sundance Institute, this third Theatre Alumni Writing Studio at Flying Point last week felt anything but.
On this special evening, over 30 invited guests, gathered in the Hornig's beautiful art barn to hear readings, and have an intimate and open dialogue with the writers, as well as enjoy an informal dinner in this unique and inspiring setting
Philip Himberg, the Artistic Director of the Theatre Program, and five “fellows”, all previous attendees of a prior theater labs; four playwrights, and for the first time one screenwriter, all selected by invitation only “retreated” together on the Hornigs compound, for seven days of putting pen to paper. They shared meals, took walks, and slipped out to the local beaches when they could. At the end of the week, playwrights Melissa James Gibson, Steve Cosson, Diana Son, Susan Soon He Stanton, and screenwriter Sara Colangelo each had a work-in-progress—one that, perhaps, would have been nearly impossible to complete within their daily day-to-day routines. The Theatre Lab reflects the core Sundance Institute belief, that an environment free from commercial concerns is crucial to the creation of new and challenging theatrical material
As Joan Hornig stated, our initial decision to host the theatre lab literally in our backyard was a simple one, and she asked only one thing of them. "I ask that they be comfortable and well-cared for, I don't bother them because I am not here, I just ask them to be a voice for the program; nothing has to be finished, I give them no assignments, Sundance gave them no assignments, this was their time to use." We just provided an unpressured environment to develop their work without interruption.
The readings and dinner are a way to introduce the program to the local community. Among the guests who were treated to this unique evening were artists, industry professionals, journalists and East End locals. 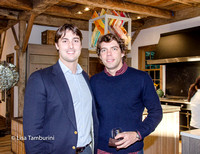 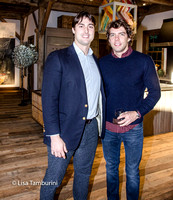 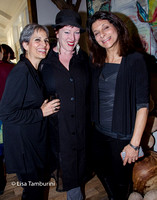 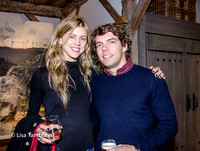 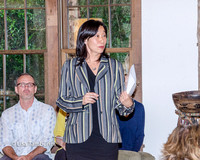